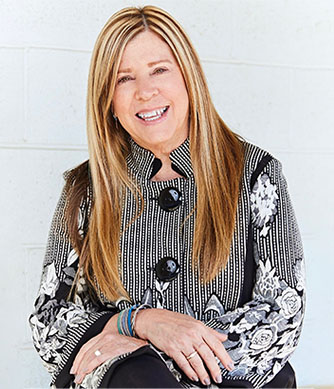 Dr. Hardy is an award-winning distance and online learning professional who has worked as a higher education administrator, an IPA with the Obama Administration, a board member in state and national associations, and as a contributor in higher education ed tech.  Within the field of online learning, she focuses on strategy & vision; organization & governance; policy, process & practice; and quality oversight. She earned her PhD in Curriculum & Instruction (Instructional Technology) from The University of Texas at Austin in 1992.

Prior to her position with Blackboard, Dr. Hardy spent 30 years in public higher education, including the University of Texas System, the University of Texas at Austin, UT San Antonio, and Texas State University – San Marcos. During her tenure with UTSA, she worked with the Obama Administration, completing a two-year Intergovernmental Personnel Act (IPA) appointment at the US Department of Labor, and a one-year IPA appointment at the US Department of Education.

From 1997 to 2010, Dr. Hardy served as Assistant Vice Chancellor for Academic Affairs at The University of Texas System & Executive Director of the UT TeleCampus. She was a founding member & past president of the Texas Distance Learning Association (TxDLA). Currently, she serves as Chair Emerita with the United States Distance Learning Association (USDLA). She is founder of the popular USDLA-sponsored International Forum for Women in E-Learning (IFWE), an event that focuses on issues faced by women in the industry as well as on the importance of networking and mentoring in the growth of women leaders for tomorrow.

Light at the End of the Tunnel – Now What?

Over the past year and a half, higher education has witnessed a phenomenal digital transformation – whether we liked it or not.  Some institutions and their faculties were ready, and they embraced the movement with prepared instructors and quality courses.  Many, many others, however, were not as fortunate, and the move to “remote” learning created tension and frustration.  Some will try to go back to primarily face-to-face (spoiler alert – will not go well), some will move to a hybrid model, and some will even consider expanding their online programs.  Unfortunately, there are misconceptions about what online learning should look like.  No, it’s not remote learning, where the only interaction and engagement is via web conferencing in real time (Cameras on?  Cameras off?).  Where the LMS serves only as holding tank for documents, and where discussion boards sit idle or serve as a place to post pet photos? Where instructors know how to push buttons but haven’t been exposed to the pedagogy of online teaching?  Many in this audience have worked for years, even decades to deliver and push for high-quality online learning.  Remote learning is not online learning.  This session will address the differences,  and what institutions should be doing right now to ensure the light at the end of the tunnel will indeed be bright.