The education landscape across Europe is changing. At the 2017 Gothenburg Summit, EU leaders outlined a vision for education and culture. In its December 2017 Conclusions, the European Council called on Member States, the Council and the Commission to take forward a number of initiatives, including: ‘…strengthening strategic partnerships across the EU between higher education institutions and encouraging the emergence by 2024 of some twenty ‘European Universities’, consisting in bottom-up networks of universities across the EU which will enable students to obtain a degree by combining studies in several EU countries and contribute to the international competitiveness of European universities’. The panelists will discuss about perspectives and challenges that will affect international mobility in this new scenario, prepared in the previous years by a number of EU projects regarding virtual mobility, virtual exchange and virtual Erasmus, highlighting innovative practices in the digital era and the taking up of digital technologies and of innovative and open pedagogies in education. 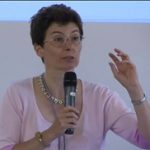 Director of the eLearning Center of the University of Pavia since 2010. She has a master degree in Political Science and a Postgraduate Specialisation in eLearning Management. Skilled in eLearning environments, MOOCs, Learning Spaces, Blended Learning, Digital Corporate Training, and online learning. Since 2009 she takes part in the eLearning Task Force of the Coimbra Group. From 2013 until 2015 she was Chair of the CG eLearning Task Force and from 2016 till now she is member of the CG Education Innovation group. Since 2012 she is member of the Scientific Board of the Italian eLearning Society and since 2018 she takes part in the Executive Board of EDEN (European Distance and eLearning Network). 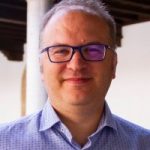 Ignacio J. Blanco is Senior Lecturer in Computer Science at the Department for Computer Science and Artificial Intelligence of the University of Granada UGR. His teaching duties and research interests are focused on Information Systems and Databases. He has a PhD in Computer Science. He is Director for International Strategy at the Vice-Rectorate for Internationalization of UGR. He acted as Deputy Director for International Projects and Networks of the UGR Centre for Virtual Teaching and Learning CEVUG from 2010 to 2015. He also acted as Director of CEVUG from 2015 to 2017 and Director of the Resource Production Centre for the Digital University of UGR from 2017 to 2019. From 2010 to 2019, he coordinated UGR Team in European Projects related to eLearning, use of technology in teaching and learning, and Virtual Mobility. From 2010 to 2015, he was designated as Delegate Representative for UGR at the eLearning Task Force of the Coimbra Group of Universities CG. He is a Delegate Representative for UGR at the Education Innovation Working Group of CG since 2015. 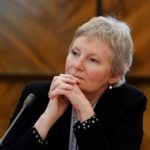 Dorothy Kelly is a professor of Translation at the University of Granada (Spain), where she has also been Vice Rector for Internationalization since 2008. In the field of the internationalization of higher education, she was Chair of the Executive Board of the Coimbra Group of Universities from 2010 until 2017 and was a member of Spain’s national Bologna Experts Team from 2010 to 2013. She has participated intensely in Spanish, European and international advisory boards and events in the field of higher education and in particular its internationalization. She was a member of the Board of the Committee for Internationalization and Development Cooperation at the Spanish Rectors’ Conference between 2008 and 2012, and again between 2014 and 2020; from 2018 to 2020 she was Executive Secretary of the Board and is currently a special advisor. She is a member of the Advisory Group on Higher Education to the Steering Committee for Education Policy and Practice of the Council of Europe. Currently, she is the coordinator of Arqus, one of the first 17 European University Alliances to be approved by the European Commission and composed by the universities of Bergen, Graz, Leipzig, Lyon, Padova and Vilnius, along with Granada. 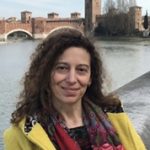 Antonella Forlino
Pro-Rector for International Affairs at the University of Pavia, Italy

Her research activity has been focused on the molecular, biochemical, and functional study of genetic diseases of the connective tissue in particular Osteogenesis Imperfecta (OI), using in vitro and in vivo models (mice and Zebrafish). She is combining basic science with translational approaches. She is particularly interested on the intracellular effects of retained aberrant collagen type I in modulating the bone phenotype in both dominant and recessive OI. 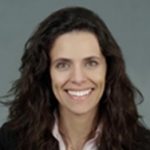