The Covid-19 pandemic resulted in many universities and colleges rapidly pivoting to online learning in response to unprecedented times. While 2020 has been described as the year of “the great onlining” of higher education there remains a common perception that online learning is inferior to traditional face-to-face models of education. This debate aims to confront this perception as two teams respond to the moot, “this house believes that online learning is just as good as traditional face-to-face models of education”. The debate is intended to address this serious issue as panel members present and reflect on the advantages and disadvantages of online learning in comparison to traditional delivery modes in both a scholarly and entertaining manner. This is a unique opportunity to reflect on our experience of online learning over 2020 and to ponder the future of high education in the post-pandemic digital society. 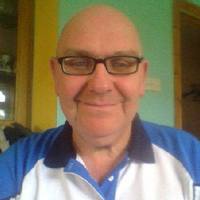 Tom Farrelly has lectured on Social Care, Early Childhood, Youth and Community and Nursing UG and Post-grad degrees, primarily in Sociology and Research Methods. Co-developer and lecturer on a blended learning p/t Social Care degree for work based learners. Part of team that has developed a number of undergraduate and graduate degree programs. Involved as a supervisor on a number of Masters by research looking at the areas of health promotion among rural men; social enterprise in youth-work and the development of communications Apps for children on the ASD.

Since 2005 he has become more and more involved in Technology Enhanced Learning in support of his teaching and learning strategy and currently divides his time between research, teaching and acaddemic developer. Has extensive experience in the development of blended delivery courses and modules and supporting teaching staff in developing digital literacy skills in support of their teaching and learning. In the past he has acted as an external examiner for Limerick Institute of Technology and the University of Western Australia. 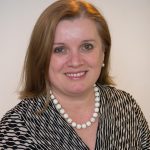 Diana Andone
EDEN Vice President
Director of the eLearning Center, Politehnica University of TimisoaraDiana Andone is the Director of the eLearning Center at the Politehnica University of Timisoara in Romania. Dr. Andone runs the team who developed the university’s award winning Virtual Campus CVUPT and is also a professor at the Politehnica University of Timisoara, Romania, in the area of multimedia and web technologies. She is passionate about the ubiquitous access to technologies and how they can be used to improve people’s lives. Dr. Andone research includes web and mobile technologies, human-computer interaction, AR/VR/XR in education and culture, open education, online and mobile learning, OERs and MOOCs.Her publication list comprises 12 books and over 100 papers presented at international conferences, reviewer of several journals and conferences, and also chairs IEEE and ACM conferences. Her experience includes over 30 European funded projects, out of which she coordinated 4, notably ViCADiS (Virtual Campus for Digital Students), DigiCulture (Digital Skills for Creative Industries). She is also involved extensively in several professional organisations and associations (IEEE, EDEN, IADIS, AACE, W3C, IAFES), actively supports the local start-up movement (StartUp Weekend, HackTM, hackathons, CoderDojo) and Girls in Tech, as well as acting in the Board of local Romanian NGOs (Pentru Voi Foundation) in the Timisoara 2021 European Capital of Culture Task Force and a member of Rotary Club Timisoara and Rotary International. 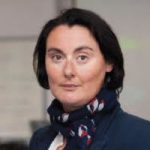 Dr. Mairéad Nic Giolla Mhichíl is Head of the Ideas Lab@National Institute of Digital Learning in Dublin City University and is responsible for a number of strategic digital learning and research initiatives within the University and in conjunction with industry. Mairéad is a Fulbright Scholar, Co-Editor-in-Chief of the International Journal of Educational Technology in Higher Education (ETHE). 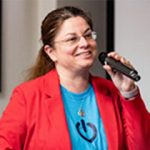 Alexandra I. Cristea is Professor, Head of the Innovative Computing research group at the Computer Science Department, Durham University. Her research includes web science, learning analytics, user modelling and personalisation, semantic web, social web, authoring, with over 250 papers on these subjects (over 3700 citations on Google Scholar, h-index 31). Especially, her work on frameworks for adaptive systems has influenced many researchers and is highly cited (with the top paper with over 180 citations and growing). She is within the top 50 researchers in the world in the area of educational computer-based research according to Microsoft Research. Prof. Cristea has been highly active and has an influential role in international research projects. She is experienced in running research projects and has led various projects – Newton funded workshop on Higher Education for All (’14-’18), Santander funded Education for disadvantaged pupils (’14-18′), Warwick-funded project APLIC (’11-;12), EU Minerva projects ALS (06-09) and EU Minerva ADAPT (’02-’05); as well as participated as university PI in several EU FP7 projects – BLOGFOREVER (’11-’13), GRAPPLE (’08- ’11), PROLEARN (’07) and as co-PI in the Warwick-funded Engaging Young People with Assistance Technologies (’13-’15) also featured by the BBC. Recently she has taken giving back to the community to a different level, with the project TechUP (2019-2020) training 100 women in computer science from various (BAME) backgrounds. 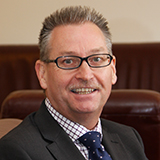 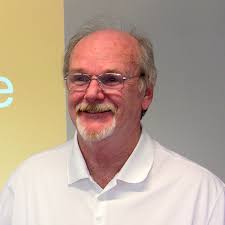 Dr. Don Olcott, Jr. is a Global Higher Education Consultant specialising in educational leadership and open and distance education.  He is based in Romania.  Don is adjunct full Professor of Educational Leadership and ODL with the University of Maryland Global Campus (UMGC), Honorary Professor, University of South Africa (Unisa) and an adjunct instructor with Oldenburg University, Germany in the MTEL Master’s program.  From 2014-2017, he served as a visiting Professor and Co-Director of the uImagine Digital Innovation Laboratory and as Head of Virtual Campus at Charles Sturt University in Australia. Dr. Olcott was the 2013 recipient of the International Council of Distance Education (ICDE) Individual Prize of Excellence for his leadership and contributions to global open and distance education

Dr. Olcott brings nearly 35 years of experience and leadership in open and distance education and business. He was a 2016 Stanley Draczek Outstanding Teaching Award recipient from the University of Maryland University College for excellence in online teaching and learning. Dr. Olcott is former Chief Executive of The Observatory on Borderless Higher Education (OBHE) in the UK (2007-2011) and former Chairman of the Board of Directors and President of the United States Distance Learning Association (USDLA)..  Don holds dual Canadian-U.S. citizenship.  He serves on numerous editorial boards in open and distance learning.  Don was the 1998 recipient of the Charles Wedemeyer award as the Outstanding Distance Education Practitioner in North America awarded by The American Center for the Study of Distance Education and the University of Wisconsin – Madison.   He has held faculty and leadership positions in the U.S., UK, Germany, Australia, United Arab Emirates, and Romania.  His research interests include OER culture & business models, leadership and organisational transformation.

National and International Projects Coordinator, AUNEGe
Member of the Board of EDEN Fellows Council

Deborah Arnold, Formerly Digital Strategy and Communication Officer in the Directorate for Digital Affairs at the University of Burgundy, and Manager of the Learning Technology and Distance Education unit, has nearly 20 years’ experience in European projects. From 2010 to 2016 Deborah served on the Executive Committee of EDEN (European Distance and E-learning Network) and held the position of Vice-President Communication (2015-2016). She was awarded Senior Fellowship of EDEN in 2016, currently serves on the EDEN Fellows Council board, and represented EDEN in the ET2020 Working Group on Digital Skills and Competences (2016-2018). 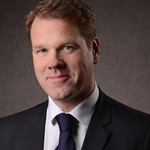 Ulf-Daniel Ehlers is a learning innovation expert and has been appointed Professor for Educational Management and Lifelong Learning at the Baden-Wurttemberg Cooperative State University in Karlsruhe in 2011. From 2011-2017 he held the position of Vice-president at the same university and has been responsible for Quality and Academic Affairs. He held positions as Associate Professor of University Duisburg-Essen (Germany), Professor for Technology Enhanced Learning of University Augsburg (Germany) and Associate Professor of the Graduate School for Management and Technology of the University of Maryland University College (USA).