Within the Erasmus+ NEXUS project, a MOOC on active digital citizenship has recently been developed, with the rationale that, due to recent influx of migrants into Europe, a majority of European universities have a student population who are excluded from broader civic or political participation. In a way that is different from the typical MOOCs, that are designed and developed by a single professor, as a “translation” of face-to-face teaching practices in to a massive online experience, the NEXUS MOOC was conceived, designed, developed and reviewed in a fully collaborative fashion among six organizations from different countries.

The webinar will reflect on this experience, that was both extremely enriching for the participating groups and contributed to the coexistence of different perspectives within the MOOC, while being less effective from a production point of view. The underlying question of the webinar will be: can a break-even point between international co-production and effectiveness be found within MOOCs?

Timothy Read is a Senior Lecturer in the Department of Computer Languages and Systems at UNED. He did his first degree in Real Time Computer Science at the University of The West of England and his Doctorate in Cognitive Science at the University of Birmingham (United Kingdom). After leaving England, he has worked at the University of Granada before moving to UNED in Madrid. He is the co-founder of the ATLAS research group and has directed several national and international funded projects on applying Information and Communication Technologies to Languages for Specific Purposes. He is currently working in the areas of Mobile-Assisted Language Learning and Language Massive Open Online Courses, and their applications for social inclusion and employability, and the role of analytics in these areas. He has also been a member of diverse scientific committees and has collaborated as an evaluator of national and international research project proposals. As well as his academic career, he has worked in different international companies including Rolls Royce (the work he undertook there was subsequently patented), Hewlett Packard, and the telecommunications company I.T.T. In 2015, he was awarded the title of EDEN Fellow from the Executive Committee of the European Distance and E-Learning Network in recognition of the work he has undertaken in this area.

Fabio Nascimbeni has a degree in Economics with an international management specialisation and a PhD on Networking for Development. He works as assistant professor in the International University of La Rioja, and a postdoctoral fellow at the University of Sao Paulo (USP), where he collaborates with the CEST Centro de Estudos sobre Tecnologia e Sociedade. He is a member of the Executive Committee of the European Distance and eLearning Network (EDEN), of the Editorial Board of the EURODL Journal, of the Scientific Committee of the Web Based Communities and Social Media Conference, of the Scientific Board of the Institute for the Relations between Europe and Latin America and the Caribbean. He has been active in the field of innovation and ICT for learning since 1998, by designing and coordinating more than 40 research and innovation projects (such as the projects HELIOS, Learnovation, VISIR) and promoting European collaboration in different learning areas, from school education to higher education to lifelong learning. Further, he has coordinated a number of international collaboration actions in fields spanning from Science and Technology, ICT research, information society development, educational research, specifically focusing on Latin America, the Caribbean and Asia. Fabio’s research interests and experiences include learning innovation, equity in education, social and digital inclusion, social networking, social innovation. He has been working on assignments by the European Commission (DG Education and Culture, DG INFSO, Europeaid, DG Research, DG Employment), as well as collaborating with international organisations such as UNESCO, CEPAL or ITU. He has actively participated in the set up of a number of international entities such as the MENON Network, the Multipalio EEIG, the European Foundation for eLearning Quality (EFQUEL) and the VIT@LIS Network. Further, he has been collaborating with a number of networks in the field of learning innovation in Europe and internationally such as the European Distance and e-learning Network (EDEN), the European Foundation for Management Development (EFMD), the European Association for Distance Learning (EADL), the European Foundation for Quality in eLearning (EFQUEL), the European Learning Industry Group (ELIG), European SchoolNet, OER Universitas, the ASEAN University Network (AUN), the Red Eurolatinamericana de Education Continua (RECLA). 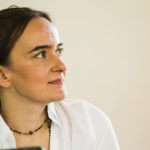 Open Education enthusiast, she works at UNIMED, the Mediterranean Universities Union, as project manager, and she is involved in international projects in the field of digital education, teaching and learning technologies, open education and virtual exchange. 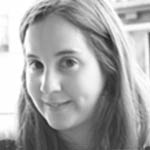 Beatriz Sedano has a Ph.D. focused on MOOCs through the ICT Doctoral program at the National University of Distance Learning, Spain (UNED). She has participated in numerous national and international congresses and her research focus has been online learning, instructional design and MOOCs. She is currently working at UNED on an Erasmus + project called MOONLITE, focused on curating and designing MOOCs for refugees and migrants to build their language competences and entrepreneurial skills for employment, higher education, and social inclusion. Her role encompasses the research, coordination and administration of the project.