Over the past year, defined by the COVID 19 pandemic, we have witnessed the boom in the  application  of  digital  media  to  education.  This  has  impacted  traditional  teaching   operations, shifting to online delivery. Whether and how such activities will continue in a  post-Covid  19  situation  remains  unclear.  Apart  from  this  are  the  online  and  open   universities  with  a  long  last  practice  in  providing  flexible  and  innovative  educational  options, widening many learners’ possibilities. In this webinar, our goal is to share the experience gained, good practice, and the pros and cons of handling with 3D technologies, augmented and virtual reality resources to amplify a multimodal, active, and learner-centred method in online higher education during COVID 19 pandemic. As an  example  of  resilience  in  the  educational  context,  exploring  the  use  made  of  these  digital tools will allow us to understand how the teaching and learning process has been strengthened and interactively expanded. 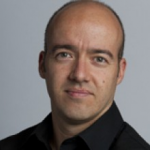 Luis Villarejo Muñoz is a member of the UOC’s LNT (New Tourism Laboratory) and ATE (Education Technology Department) R&D groups.Luis Villarejo is a Computer Engineer specialised in Artificial Intelligence. He has worked at the Open University of Catalonia as head of mobile learning for 16 years. In 2018 he became founder and CEO of Immersium Studio, where he currently leads a multidisciplinary team creating interactive training experiences with immersive technology. Especially using interactive 360 video. In 2019 Immersium Studio received the award for the best immersive training experience worldwide by the Immersive Learning Research Network. In these years they have developed training experiences through which more than 20,000 people and various entities have already passed, including the United Nations, the European Commission, the DTI Foundation or the European Society of Intensive Care Medicine. 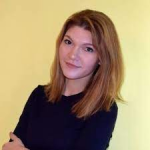 Dr. Gizeh Rangel-de Lazaro is an anthropologist focused on using digital imaging technologies,  such  as  3D  structured  light  scanner,  Computed   tomography (CT), Micro-CT (μCT);  as  well  as 3D geometric morphometrics (GM), to study functional morphology in a broad comparative and phylogenetic framework. In 2012 and 2014, she received the Erasmus Mundus grant to complete the International aster  and  the Doctorate in  Prehistory  and  Human  Evolution  at   the  Rovira  i  Virgili  University  (Spain),  the  Musée  National  d’Histoire Naturelle and Sorbonne Université (France).  As part of her work, she integrates techniques and methods from bioarchaeology,  bioanthropology,  functional morphology,  palaeontology,  and  digital  heritage,  rendering  her  research  particularly  cross-disciplinary.  Since  her  career  began,  she  has  gained   autonomy and experience with data collection and applying state-of-the-art quantitative methods. She has also actively participated in bioarchaeological and bio anthropological studies and field campaigns. She takes an active role in promoting science in both academic and non-academic  communities.  This  has  taken  her  to  present  her  work  at  international  scientific  congresses in Europe and the Americas.  She is actively involved in promoting career paths in STEAM. In 2013 she became an Erasmus Mundus’s program and regional representative. As part of this international role, she organized and participated in activities for the recruitment and orientation of new students. 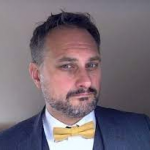 Fridolin Wild
Full professor at the Institute of Educational Technology of The Open University. Leader of the Performance Augmentation Lab (PAL), United Kingdom

Fridolin seeks to close the dissociative gap between abstract knowledge and its practical application, researching radically new  forms  of  linking  directly  from  knowing  something  ‘in  principle’ to applying that knowledge ‘in practice’ and speeding its refinement and integration into polished performance. Fridolin leads the Special Interest Group on Wearable-Enhanced Learning (SIG WELL) of the European Association of  Technology  Enhanced  Learning  (EATEL).  He  chairs  the working  group  on  Augmented  Reality  Learning  Experience  Models (ARLEM) of the IEEE Standards Association as well as the Natural Language Processing task view of the Comprehensive R Archive Network (CRAN). He is convenor of a key standards working  group,  WG  11,  for  future-proofing  AR/VR  in  a  joint  technical  committee  of  the  International Standards Organisation (ISO) and International Electrotechnical Commission (IEC), part  of  the  sub  chapter  for  computer  graphics,  image  processing,  and  environmental  data  representation  (SC24).  He  co-chairs  the  IEEE  ICICLE  SIG  XR  for  Learning  and  Performance  Augmentation. Fridolin is a trust-appointed Governor of Oxford Spires Academy. He is trusted reviewer for several funding bodies including the EU and RCUK. Fridolin is and has been leading numerous EU, European Space Agency, and nationally funded research projects, including ARETE, OpenReal, LAAR, AR-for-EU, WEKIT, TCBL, ARPASS, Tellme, TELmap, cRunch, Stellar, Role, LTfLL, iCamp, and Prolearn. From  2015  to  2020,  Fridolin  was  Senior  Research  Fellow  at  Oxford  Brookes  University.  From  2009  to  2016,  he  was  at  the  Knowledge  Media  Institute  of  the  OU.  Fridolin  also  worked  as  a  researcher at the Vienna University of Economics and Business in Austria from 2004 to 2009. He studied at the University of Regensburg, Germany, with extra-murals at the Ludwig Maximilian University of Munich and the University of Hildesheim 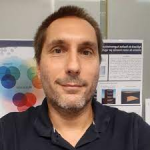 Dr. Bourdin Graduated in Computer Science and Robotics Engineering, he has  been  teaching  computer  science  in  France  for  ten  years before moving to Barcelona to work as a researcher under the supervision of Mel Slater in the EventLab at the University of Barcelona. He is now working as an associate professor in the Multimedia team of the Computer Sciences Department (EIMT)  at  the  Open  University  of  Catalunya  (UOC).  He  is  responsible  for  3D  programming,  virtual  reality,  and  video